This is the REAL facebook page:  (do not be fooled by auto-generated imitations) Grinter Farms

The sunflowers have full heads of seeds now and we are just waiting for them to completely dry down before we harvest them. What started out as comparatively small flower heads are now bigger than an average hand. The field will be completely brown when harvested. A hard freeze usually helps the process along.  Also not getting any more rain until after harvest would be a good thing. 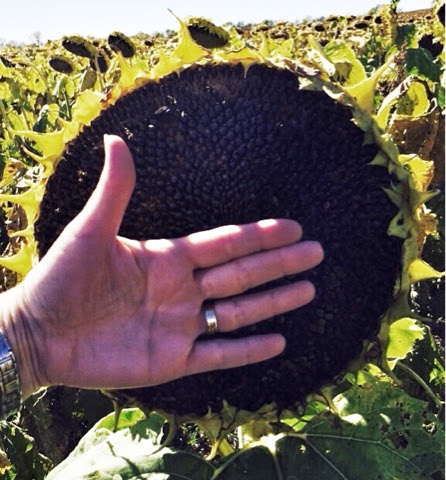 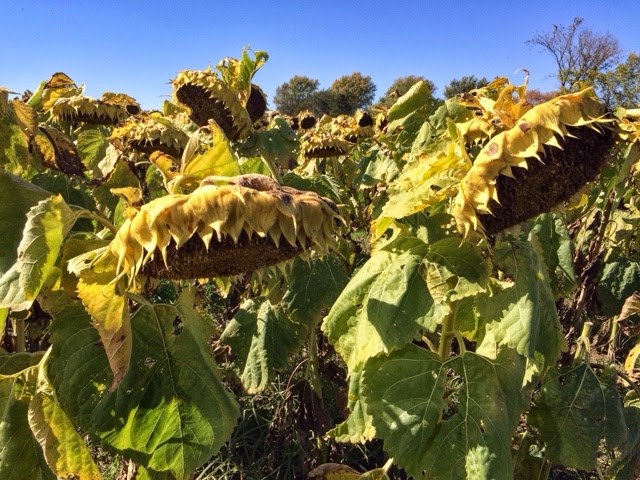 Most of the petals are dropping.  There are a few flowers that still look pretty, but they are definitely in the minority. Most of the field is well past it's beauty faze and now busy making seeds. 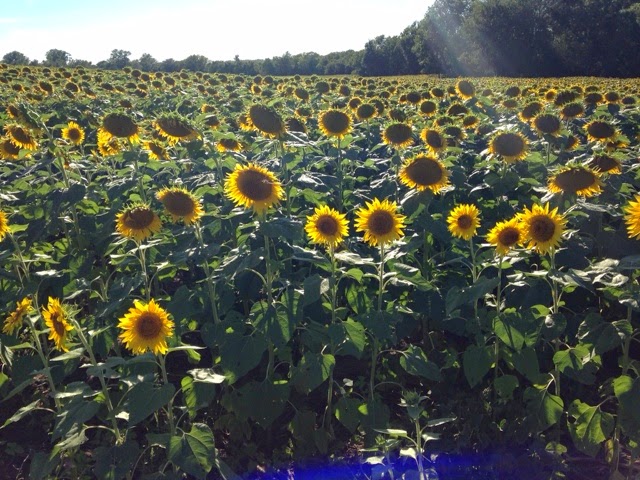 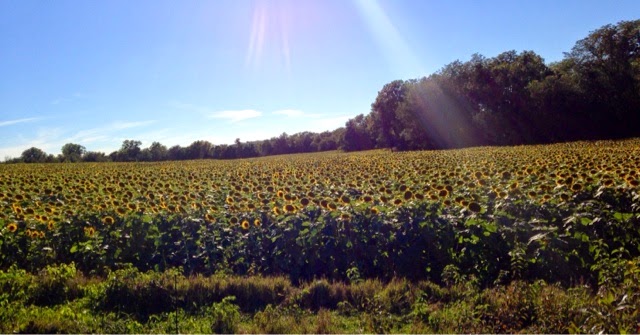 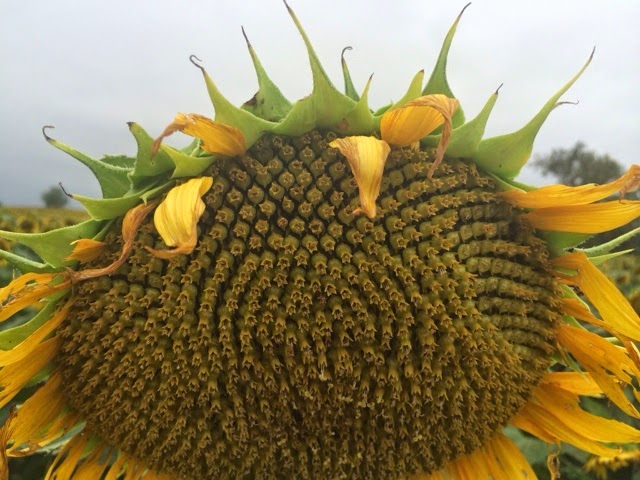 The sunflowers are well on their way to dying.  Petals have been chewed on by hungry grasshoppers and nature dictates that it's time for the rest to wither and die.
I imagine this is the last few days for the sunflowers. 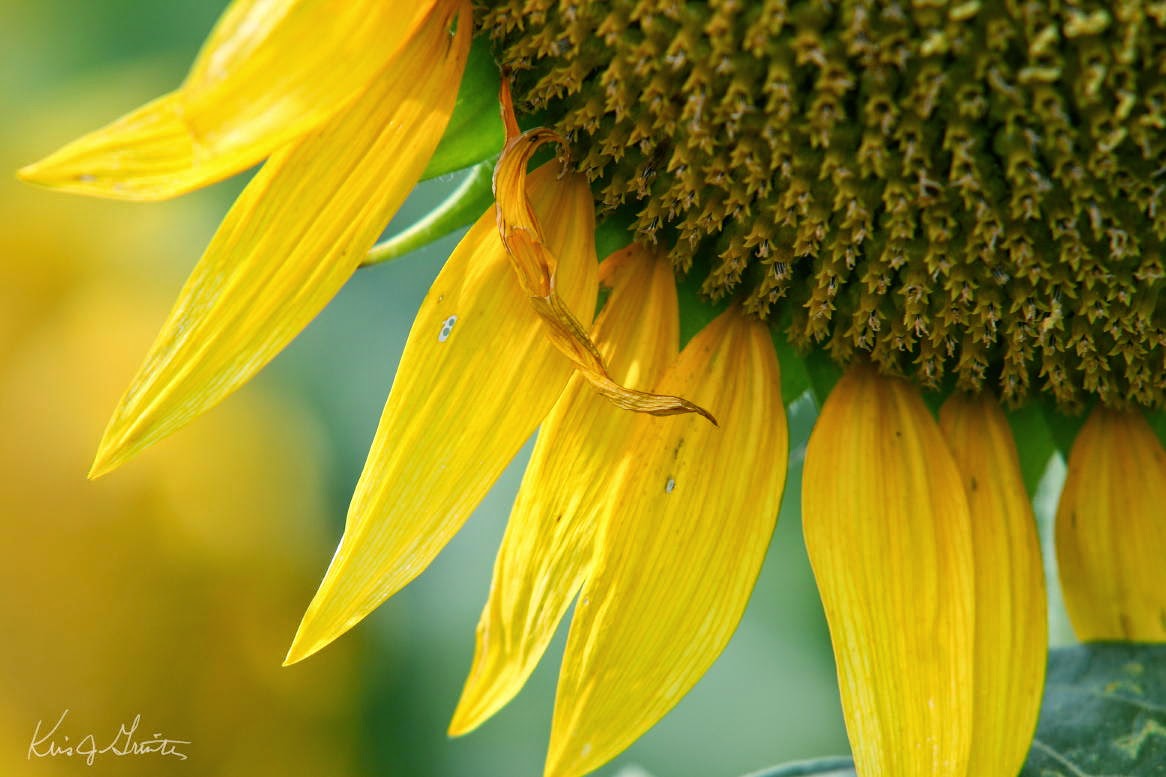 The vibrant field has given way to lesser shades of yellow and green. 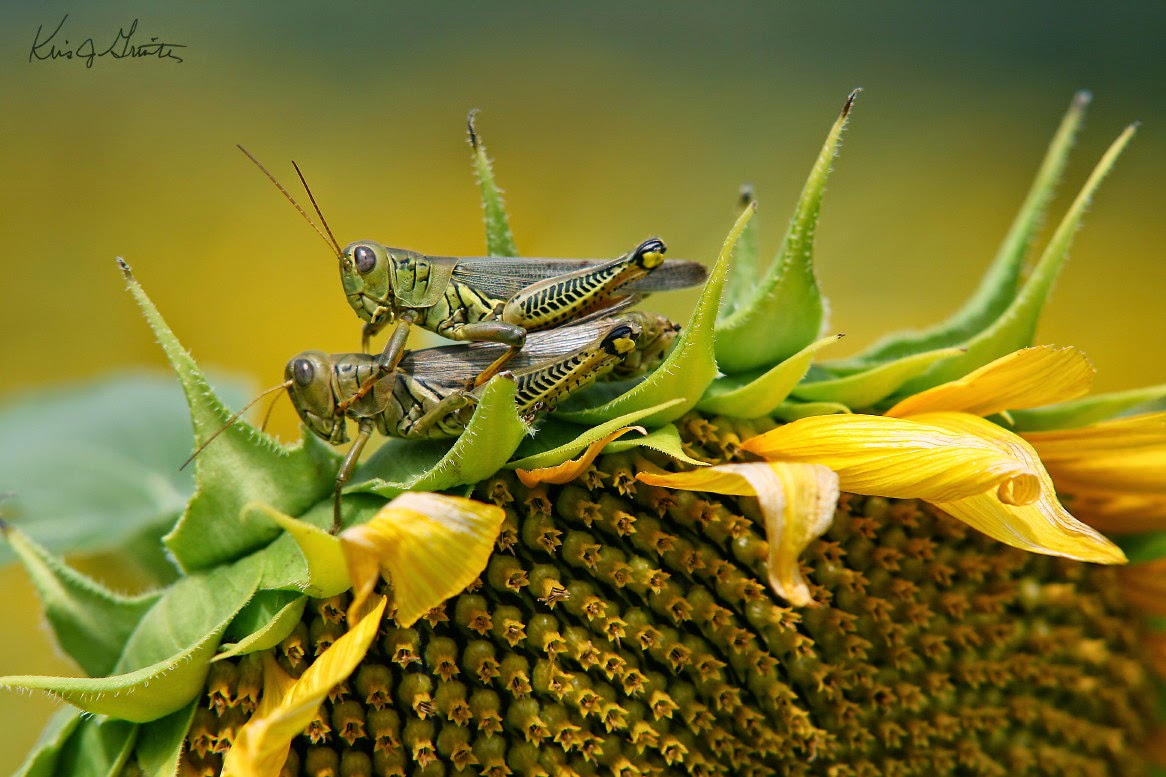 Time to put away the wide angle lens and whip out the macro.
You have to look a lot closer to see the beauty.

My neighbors, whom I love dearly, asked me if I would like a rooster.  I have several 2 year old hens and I had toyed with the idea of hatching out a brood of new chicks.  (Chickens are usually done with their egg laying after two years, so new birds are required if you want to continue to eat gloriously yummy farm fresh eggs...which I do.)  My neighbors bought new chicks and one turned out to be a male.  They had no use for him as males are not at all required in the egg laying process.  They are only required if you want fertilized eggs to hatch new babies.  I thought that's what I wanted.  They brought him over while he was still young (a cocky new teenager) and my girls would have none of it.  They literally hen pecked him and we feared for his life.  Back to the neighbor's coop he went to once again be with his sisters.  (Buff Orfingtons, by the way.)

Time elapsed and I decided that what I really wanted was to not mess with overwintering chickens...trudging through snow and cold to feed and water them, etc.  I told my neighbors that I would no longer be needing the services of their rooster.  Well, they were tired of this rooster accosting their hens.  (We called him Jamie Lannister after the character in Game of Thrones because he was a beautiful golden color and was way too amorous with his sisters.)  They once again asked if I wanted him.  Nope!  Still hadn't changed my mind.  They brought him anyway.  JL was put into my coop under cover of darkness.  Sneaky damn neighbors!

Jamie was now a full size rooster.  Strutting; crowing; making a general ass of himself.  My girls were warry now; no picking on this monster.  And monster he was.  He started having his way with my hens.  It was not consensual.  They protested!  My girls stopped laying eggs the day after he showed up.  He would lie in wait and attack them as they were going into the nesting boxes.  This went on for two weeks.  I decided that his name was no longer Jamie Lannister.  After all, I sort of like Jamie Lannister.  Earl!  His new name was Earl.  Because as the Dixie Chicks so elloquently put it: "Earl had to die!" 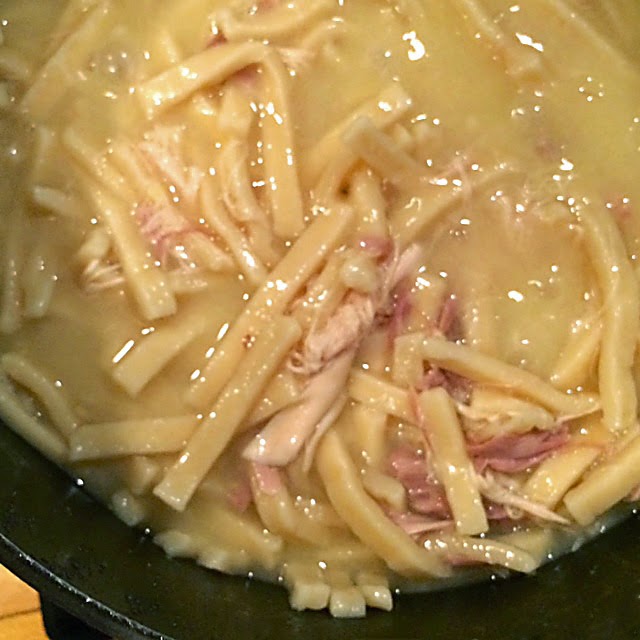 A big ol' pot of Earl and noodles.
And as a thank you, my hens gave me eggs today.  I think I'll call the neighbors and invite them to dinner.
Posted by the farmer's wife at 4:42 PM 4 comments:

Last night we received another half inch of rain.  It made for a lovely foggy morning. 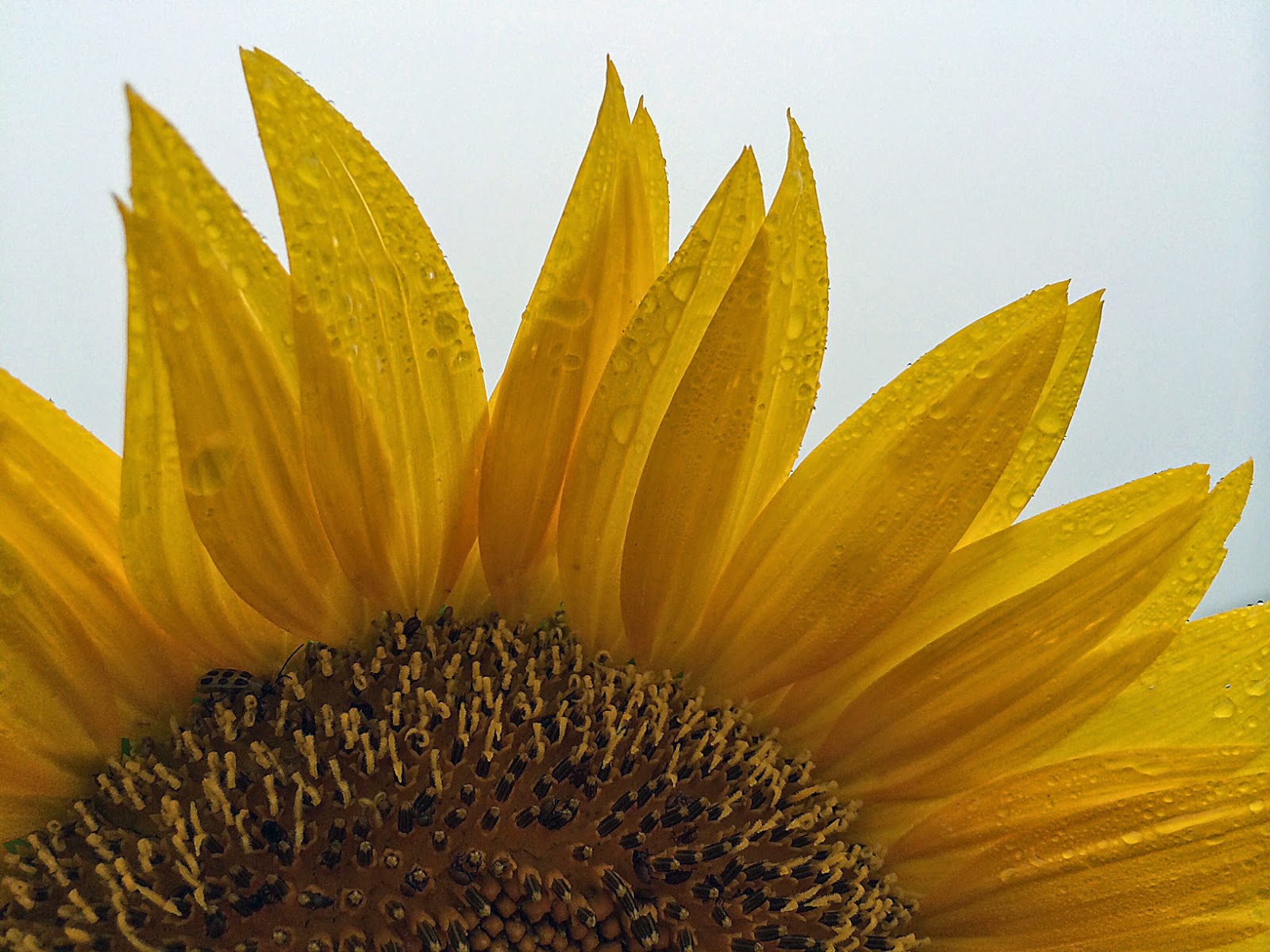 The pup and I walked down to the field to see what there was to see I and snapped this shot on my phone.  Our trek was a bit muddy, but perfectly lovely.  The blooms should hold on for at least another week.
Posted by the farmer's wife at 10:11 AM 2 comments:

Quite a while back, Ted predicted September 1st as the day that the sunflowers would be in full bloom.

I believe he hit the nail on the head, as this is what the field looks like today.

Our garden (years past) 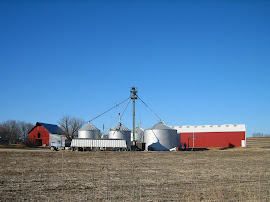